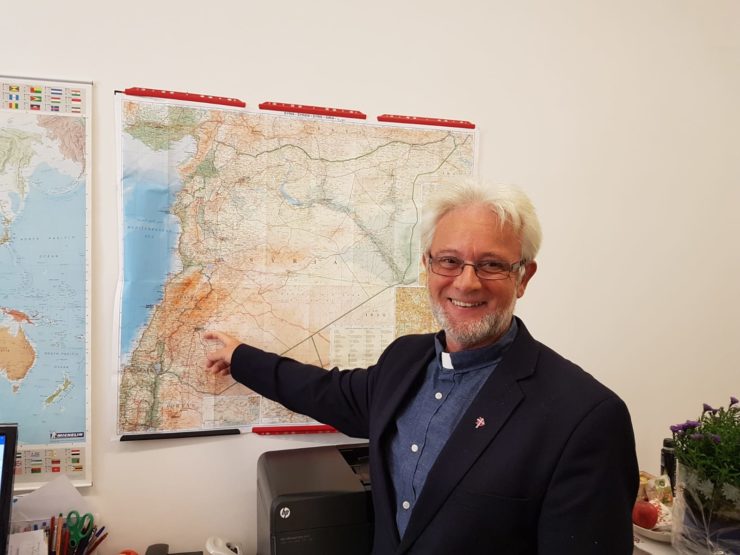 My name is Johannes Kräftner, I am a permanent deacon living in Oberwölbling (in the province of Lower Austria).  As a child of elementary school age, I wanted to become a priest. However, my life took a different direction when I felt the wish to eventually found a family. I turned towards the graphic industry (as a typesetter, typographic designer, compositor, and technical editor).

In 1970, my father, together with three confreres, was ordained as a deacon. It was a historic moment, especially since this was possible for the first time in Austria after the Second Vatican Council. My interest in becoming a deacon myself was nonexistent at that time.

Only gradually was I prepared by God to hear his call. At the age of only 19, I was Communion helper at the hospital in St. Pölten, with special permission from the diocesan bishop. I have been active in volunteer work for more than 23 years.

In 1991, I had my crucial experience. I had the privilege to experience a physical healing in Medjugorje, and thus Medjugorje has become my spiritual home.  Starting from that experience, my spiritual development really took off. In 1995, I was ordained as a deacon at the Rosary Celebration in the cathedral of St. Pölten. Incidentally, my father celebrated his 25th anniversary as a deacon at that time. This is why I jokingly refer to myself as a “purebred” deacon.

I see my charisma in providing pastoral services for sick and elderly people. During the past few years I have worked as a pastor in the nursing home of Caritas in St. Pölten. In addition, I am active as a volunteer adult representative.

Another childhood dream of mine was to get to know one day the cradle of humanity, namely SYRIA. As time went on, I gave up this dream. Until the day when I met Father Hanna Ghoneim, which happened in Medjugorje of all places.  On the 37th anniversary, during the 4-hour peace march on June 24, 2018.  It was the Blessed Mother who brought us together. I decided spontaneously to accompany Father Hanna to Syria at the next opportunity. Moreover, I will offer my services as a driver (to transport humanitarian goods from near and far to the storage place for subsequent container shipment to Syria).

I have been deeply touched and convinced by P. Hanna personally, by the logo of the Foundation “Korbgemeinschaft” and by the motto “mobilization of peace-building hands”.